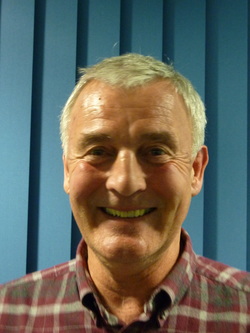 ​Peter is a long-time enthusiast in all things environmental.  A supporter of both Greenpeace and Friends of the Earth since the 1970s, he was briefly politically active in green politics in the early 1980s before turning his attention to sustainable business solutions.  In 1988 he founded Farm Energy in North Devon.  This company was involved in most of the first wind farms built in England, Wales and Scotland in the early 1990s and was the original developer of London Array, which is currently the world’s largest offshore wind farm in the Thames Estuary, officially opened by the Prime Minister in 2013.
Peter has worked extensively in Europe, the USA, China and the Indian sub-continent and has served on the board of Renewables UK, the trade body for renewable energy.  He is still active in developing renewable energy and was recently instrumental in starting up what is possibly the car fleet with the lowest carbon footprint in the world – a fleet of 10 electric vehicles in Stornoway in the Outer Hebrides powered almost exclusively by electricity produced from wind power.
​
Peter has lived locally since 2009.